Copyright © 2007 by Gary D. Kader and Mike Perry all rights reserved. This text may be freely shared among individuals, but it may not be republished in any medium without express written consent from the author and advance notification of the editor.

The purposes of this paper are several fold, including:

Intuitive concepts of variation might differ among our students; we may be talking about one concept of variation in our classes while our students are thinking about another! In a study by Loosen, Lioen, and Lacante (1985), students were shown two sets of blocks, referred to here as set I and set II (see Figure 1). In the original study the blocks in set I were painted red and were 10, 20, 30, 40, 50, 60 cm high. The blocks of set II were painted yellow and were 10, 10, 10 and 60, 60, 60 cm high. Note that for quantitative data the height of each block in this physical representation indicates the magnitude of the corresponding value.

The 50% who selected set I are making their judgment on the observation that no two blocks have the same length. These students are basing their choice on an intuitive concept of variability - unalikeability – the lack of bars of the same size or the lack of clusters of bars of the same size. These learners do not think of variation as “how much the values differ from the mean.” Their perception has to do with “how often the observations differ from one another.” The authors point out that this can be an important part of a classroom lesson. The teacher can show the students that the standard deviation would indicate that set II has the greater variation because its standard deviation is larger than that of set I, and that the standard deviation is not measuring the concept of variation for students who selected set I.

Unalikeability is defined to mean how often observations differ from one another.

The concept of unalikeability focuses on how often observations differ, not how much. The incidence of differences for the six blocks of set I and set II are indicated in Table 1. Each table gives all possible pairings of the sizes of the bars, and table entries are either 0 or 1 to indicate whether the block sizes are equal or different, respectively. Note that all pairs are indicated twice -- once in each half of the table. Comparisons of a block with itself are not of interest and are indicated with an asterisk. 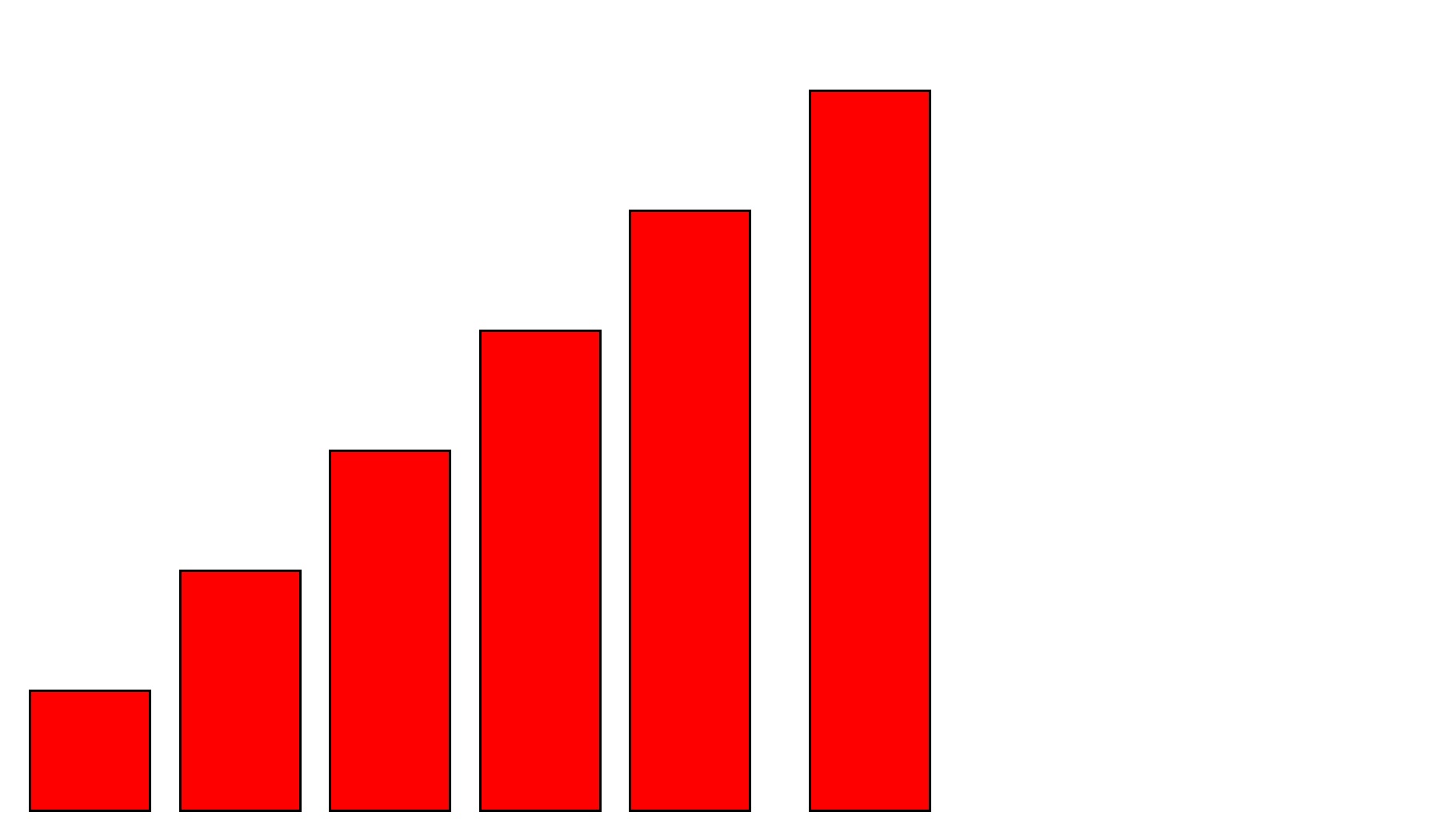 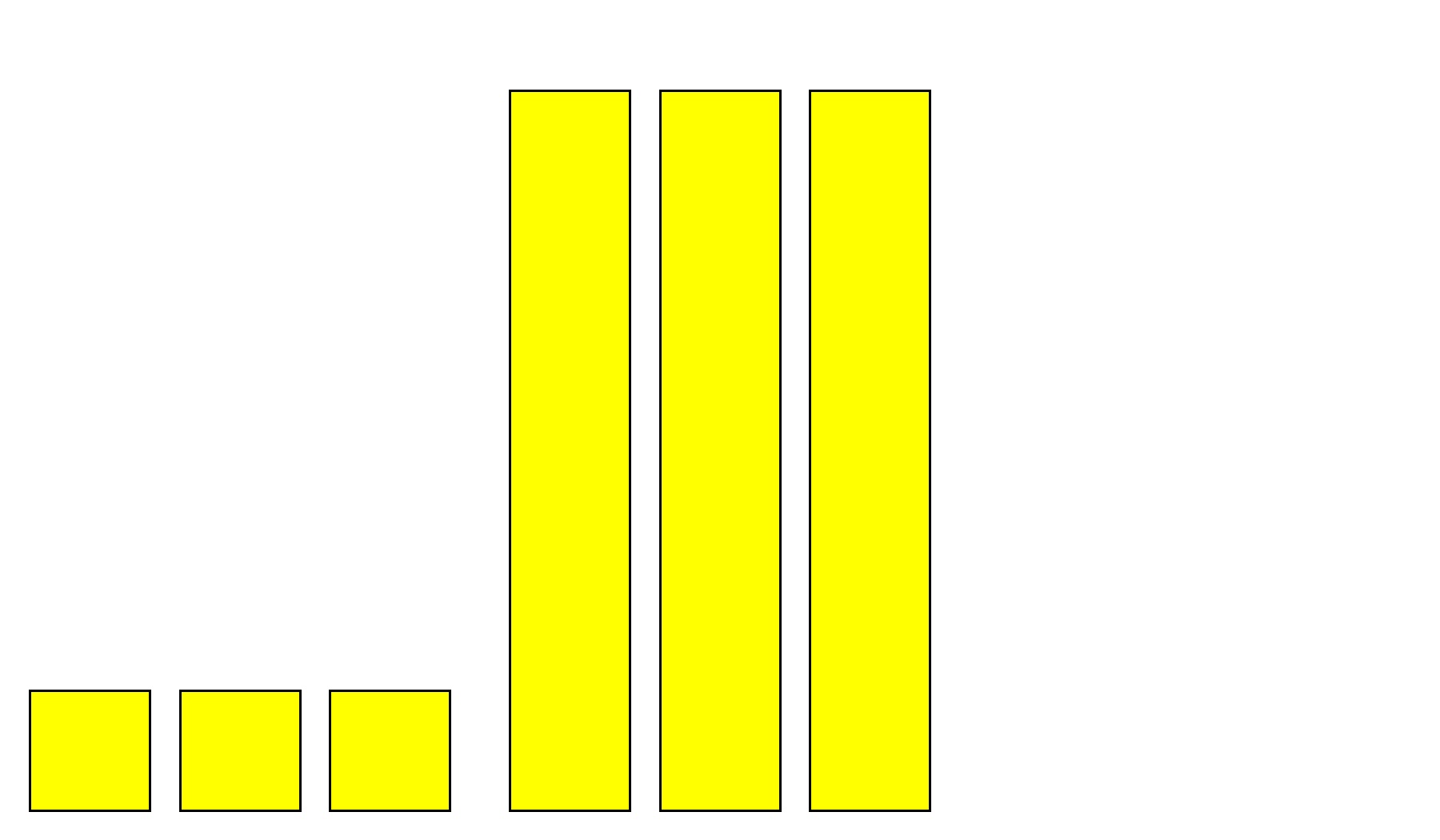 This coefficient was suggested by the idea of a “within data” variance. Gordon (1986) reminds us that standard deviation and variance can be defined independently of the mean by taking the average of the squares of the differences between each pair of values:

The coefficient of unalikeability mimics this idea by replacing the squares of distances with the 0 - 1 indicator of differences. Gordon points out that

We were recently examining some of the ideas underlying the coefficient of unalikeability and in doing so took a look at the coefficient from the perspective of categorical variables. Although the length of the bars in Figure 1 is a quantitative variable, the students who think of variability as unalikeability are forming categories. A category consists of all bars of the same length; once the categories are formed, the actual lengths are ignored.

Note that in the case of a categorical variable, x, each observation is classified into one of m distinct categories. In this case, the definition for quantity c(xi, xj) becomes:

Variability in categorical data is somewhat different than variability in numerical data. Let’s begin by examining three groups of data with ten responses on a variable with two possible outcomes – Category A or Category B.


Figure 2 provides a physical representation for these three different situations. Note that, unlike numerical data, the bar height in this representation for categorical data does not indicate the magnitude of a response; it indicates only whether the response was in Category A or Category B.

Which group of data has the most variability? the least variability? For categorical data, the notion “how far apart?” does not make sense; however, the notion of unalikeability does make sense. Within a particular group two responses differ if they are in different categories and are the same if they are in the same category. That is, the two responses are either unalike (different categories) or alike (same category). Consequently, variability in categorical data is equivalent to unalikeability in numerical data.

For reasons that will evolve in the following discussion, we propose an alternative definition for the coefficient of unalikeability as:

When u is defined with the divisor n2-n, the coefficient has value 1 with all distinct measurements. Using n2 as the divisor instead produces a value close to 1 for large n since:

This second coefficient is analogous to the other “within data” variance proposed by Gordon (1986):

Gordon points out that

The incidence of differences for the ten responses of Groups 1, 2, and 3 are shown in Table 2. Each table gives all possible pairings of responses, and table entries are either 1 or 0 to indicate whether the responses are unalike or alike, respectively. The corresponding values for u2 are indicated in Table 3.

Table 2. Incidence of Differences for Three Groups of Categorical Data

Table 3. Value of u2 for Three Groups of Categorical Data

A second look at the table of incidences for Group 1 (Table 2) reveals that the 1's occur in the array in blocks.

The sum of the 1's can be determined by:

Note that here u2 has the form:

where p1 and p2 are the proportion of responses in categories A, B, respectively.

In each case we get .42, the proportion of possible pairings which are unalike. Note that the three formulas for finding u2 work for the Groups 2 and 3 as well.

2.3 Connections to a Bernoulli Variable

The widely used Bernoulli variable codes responses for a two-outcome categorical variable as 1 (Category A) or 0 (Category B). With

It is well known that the mean of a Bernoulli variable is p1 and the variance, V, is p1p2. So, like the second form of Gordon’s within variance, W2, the coefficient of unalikeability as described in Equation (1) can be expressed as:

Consider the following data on ten responses for a variable with three possible outcomes – Category A, Category B or Category C:

The table of incidences for Group 4 (Table 4) reveals that the 1's again occur in the array in blocks.

The sum of the 1's in Table 4 can be determined by:

In each case we get .62, the proportion of possible pairings which are unalike.

2.5 The Coefficent of Unalikeability for a Categorical Variable

The interpretation of u2 is that it represents the proportion of possible comparisons (pairings) which are unalike. Note that u2 includes comparisons of each response with itself.

"Unalikeability" is essentially equivalent to the several concepts of "population diversity" that have been developed in a variety of disciplines such as sociology, economics, linguistics and ecology. In conjunction with these concepts measures of diversity have been developed, and the simplest of these are essentially equivalent to "the coefficient of unalikeability." Because they evolved from applications within disciplines, they appear in the literature under several different names and are described with different notation. These kinds of measures are rarely mentioned in introductory statistics textbooks of a general nature, although they are sometimes presented in discipline based textbooks such as introductory "statistics for the social sciences" or "statistics for the biological sciences."

3.1 Diversity Within a Population

Lieberson (1969) describes diversity from the perspective of sociology as “the position of a population along a continuum ranging from homogeneity to heterogeneity with respect to one or more qualitative variables.” Through the following example, he illustrates a general method for describing the magnitude of diversity within social aggregates by pairing all possible units in the population and determining the proportion of pairs of responses that are in different categories.

“Suppose an investigator wishes to measure the degree of religious diversity within a specified aggregate, e.g., a city. A very simple operational solution is to describe the city in terms of the probability that randomly paired members of the population will hold different religious affiliations.”

Lieberson points out that his index is essentially identical to each of the following measures:

In order to convey the operational interpretations of these measures, discussions of Simpson's and Greenberg's ideas are presented in the following section.

Pielou (1969) discusses Simpson's measure of diversity within the context of mathematical ecology as follows.

and so we may use

as a measure of the collection's diversity."

where i is the proportion of speakers for a particular language."

Agresti points out that this quantity “is the probability that two independent observations from the marginal distribution of Y fall in different categories." He also notes that in the case of m distinct categories for Y, V(Y) is maximized when

for all j and the maximum value is (m-1)/m. It is minimized when all responses are in the same category, in which case it is 0. Of course, Agresti’s book is not an introductory textbook and his presentation of the notion of variability for a categorical variable is not at an elementary level. Also, the presentation of this idea seems to have been deleted from the latest edition of his book.

Although some may exist, we have not seen a general introductory level statistics text that includes a discussion on measuring variability in qualitative data. However, some introductory statistics books designed for the social sciences do include such a discussion. For example, the book Social Statistics for a Diverse Society (Leon-Guerrero and Frankfort-Nachmias, 2000), presents the index of qualitative variation (IQV) as a measure of variability for nominal variables. The IQV is described as a measure of variability for qualitative variables “based on the ratio of the total number of differences in the distribution to the maximum number of possible differences within the same distribution.” This definition is equivalent to the coefficient of unalikeability. Their presentation does not develop the underlying ideas but is formula driven and moves immediately from the definition to how to calculate the IQV from a frequency table.

A measure of variability depends on the concept of variability. In the case of quantitative measurements, the standard deviation is measuring variation about the mean. Our students, however, may be thinking about other concepts such as unalikeability. We should emphasize these distinctions in our teaching.

Variability in categorical data is based on unalikeability (diversity), which is quite different from variability in quantitative data. Thus the coefficient of unalikeability is a natural measure of variability that has a well-defined interpretation. The concept and its measurement are appropriate for an introductory statistics course.

The evolution of ideas is often ignored in the teaching of statistics. It is important, in our opinion, to show students how definitions and formulas evolve. The coefficient of unalikeability is a fairly straightforward illustration of how measures of statistical concepts can be invented. We have found this sort of development effective for other concepts. For example, developing the mean absolute deviation as a prelude to the standard deviation. The idea of a ratio based on counts as a correlation coefficient can be introduced before the full development of Pearson’s correlation coefficient ((Holmes 2001).